Judge Larry Burns knew what happened at a Tucson, AZ Safeway food market two years ago.  And yet, he turned a blind eye to evidence. 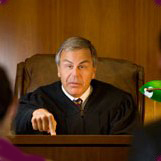 It is nearing the two year marker with two and a half weeks left.  I don’t call it an anniversary nor a time of rejoice that a so-called drug induced crazed gun man was put away for life in the midst of an awareness that these mass shootings are by governmental design.  Currently, Sandy Hook is under great scrutiny.

The incident in Aurora called the “Batman Shooting”, and the immediate evidence that contradicts official reports in Sandy Hook are available to the public and the public is questioning the events.  We are tired of inaction and they just keep the propaganda loose and viral in the mainstream.

Jared Loughner has been put away for life.  The immediacy of a plea bargain came August 2, 2012 without a trial by jury. It is evidence that there had to have been credible damning proof that Jared did not act alone.  Nor did the event happen in the manner we were ‘advised’ through the news.

How about a protocol that is a continuation of a gun control/mental health script.  We were instructed by many elected and non elected officials of the “Congress On Your Corner Massacre” in which Congresswoman Gabrielle Giffords was shot that mental madness played role and that guns were too much for our society.  There had been a script in place so as to condition Americans about how over zealous our Constitution is about our rights.  We were told that Big Pharma will be good to us by quelling the masses through drug use in which these mass murders could be stopped.

We are now being advised by the judge who did not (or did) hear/see the actual evidence in the Jared Lee Loughner case.

The Los Angeles Times posts and article written by Judge Larry Alan Burns entitled “The conservative case for an assault weapons ban“.  In the Tucson newspaper Arizona Daily Star, the headline is, “Loughner judge: Ban big magazines, assault weapons”.  In the article that he authors, he starts out by saying:

“Last month, I sentenced Jared Lee Loughner to seven consecutive life terms plus 140 years in federal prison for his shooting rampage in Tucson,,,he left a community shaken to its core.  Loughner deserved his punishment, but during the sentencing, I also questioned the social utility of high -capacity magazines like the one that the fed his Glock…”

The “script” targets our 2nd amendment right to bear arms.  It targets our mental integrity.

This is the cue, or the ‘tell’, that even Judge Burns quite possibly knows exactly what the evidence never presented to a jury told.  It is highly suggestive that the high definition surveillance video kept way away from public and court scrutiny held the key to the truth.  Already established long ago, there is evidence showing that Jared did not act alone.  The same is noted in the Theater 9 ‘Batman Shooting’ pinned on James Holmes and the suspect, Adam Lanza, in the “Kindergarten Tragedy at Sandy Hook” massacre shooting using high powered weaponry.

There are many questions that have not been addressed.  Judge Burns does not touch any of them that come from the independent studies and research from investigative journalists in which prevailing thoughts on the matter go ignored.  Burns, the one who has become an instant newspaper article writer focuses on fixing a social problem rather than presiding over a court case.

How could a judge not see that the person in his court room is not the person in the mugshot?  He’s in the same room looking at the same sketches of defense attorney Judy Clarke, himself, and everyone else who resemble themselves, but Jared?  No wonder not one image or footage of the suspect had been snapped or taped over the course of the proceedings.   Not one.

Rather, he’d easily throw the book at a young boy and toss the key away in a show of revealing evidence that he too is part of the scheme.

This is common now by the power elites.  Judge Roll, who had reversed the illegal gun law “Brady Bill”, was presiding over a media blacked out case involving a federal suit against over 300 companies implicated in toxic dumping over the course of almost 60 years.  This is that much bigger than the one Erin Brockovich brought against PG&E in California.  The estimated class action payout would have been in the hundreds of billions of dollars.  Not one penny went to those that suffered and the judge, John Roll who was a threat, was replaced by a judge much like Larry Burns to insure that the truth not be revealed.

Did you know that the EPA media blackout case in Tucson, Arizona was over 300 times bigger than Erin Brockovich’s case in the 90’s?

Judge McCarthy Roll litigated this case for eight years before his untimely death.  Behr Brown, one company implicated in toxic waste dumping paid their legal team as much as 1 million dollars a day to protect the company.  Eight years of that.  They were insured by Llyods of London, flown out to Tucson, put up in hotels, and worked the case in secrecy from the public.  That’s how important this case was.  For anyone to know would have resulted in exactly what was depicted in the film with Julia Roberts “Erin Brockovich”.

Jared had no knowledge of Roll’s pissing match with the executive branch.  The man died most likely from a bludgeon blow to the head as indicated by John’s autopsy report.  Joe Zamudio, the Walgreens hero.. perhaps.  To hide a hit man, he is placed under the noses of the people in PLAIN sight and on record for saving the day (logic and evidence shows he absolutely didn’t).

Now you know more of why John Roll, a proper and excellent man who banked on practicing correct law and justice was decommissioned.  Logic shows that men like Judge Collins who took over Judge John Roll’s seat and won’t tell the public they are eligible for health care as a result of a ‘Love Canal’ or Hinkley, California (Brockovich case) 300 times over and families of the deceased compensation as well as Larry Alan Burns who blatantly is deceiving the public in strict accordance with the 2nd amendment mental health care ‘script’.

Had it been a role reversal where Loughner’s Judge, Larry Burns and why not throw in Collins, was there with Gabby Giffords getting killed and Judge John M Roll took the place of both Burns and Collins, perhaps Loughner would have had a fair trial and the people of Tucson be reimbursed for the half century pain and suffering.  This is one hell of a paragraph.  You may have to read it thrice.

Sick men posing as judges intend to continue to live the high life while babies, toddlers and children are slaughtered in exchange for healthy paychecks.

Tell me what you know Cancel reply