This sculpture ‘marker’ Is a 6-foot-tall head that glows blue at night.  It incorporates metallic cutout letters… perhaps the symbolic reference to Babylonian babble.

The task to survey as an investigation into Project Bluebeam has led me down a very winding road.  The two year study involving the proving and or to disprove the theory that Hoover Dam is earmarked for destruction was intriguing.  It resulted in finding out that just maybe, “Spark” “AllSpark” and “Sparks”, which was Jodi Foster’s nickname in a Stargate film “Contact”, has to do with the spark of life and various other things to Blue Beam.  It is still a mystery for the reason both are different black ops agendas, however, all that the secret societies do are tied into the same.

It is located at the easternmost stop of the streetcar route.  It’s tilted back and the man’s head is tilted back looking upwards to the sky with a soon to be erected reader board as if it’s streaming the words.  The head is modeled after Tucson poet Richard Siken — Donovan is quick to point out that it is Siken’s bald pate and distinctive nose as well as his poetry that are behind the choice.  The bust is meant to be representative of all poets — and the flow of words. 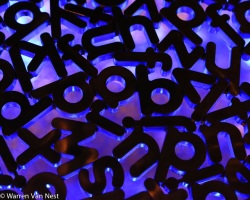 “Blue LED lights give it that blue glow at night.”

Here’s an email to a friend I wrote:  “Charla, I poked around called not only the poet it was modeled after, but the two collaborating artists. Nothing came out of it, but I will bet you that if I dig deep finding the people who approved the piece, that I’d get the answer that it is a project Bluebeam reference. Now, they wouldn’t admit, but I’d be able to tell just by who it is I would have spoken to and all that. The questions I had answered were as follows:

“Pretty and calming is what they desire us to become so as not to revolt.  Like the fluoride in water and baloney sprayed from chemtrailing, it’s all about paralyzing us into submission. I love blue, but my choice is for a technicolor world to view.   They’re not treating mental states, they’re grooming humans to adopt blue as the hue of choice. Most films are beautifully filmed with color, but in the end product just one big 2 hours of blue with red and orange highlights and shades of grey. Prison color schematics.” – Comment 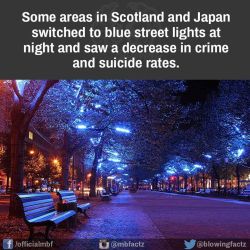 1. Is the ‘bust’ of the head pointing to any star like Polaris? The answer was, that it’s looking at an electrical marquee reader board that has poetry written on it.  The ‘reader board has not yet been installed.
.

2. Why the letters? Answer, poetry. But, I think it’s Babylonian by the nature of what Bluebeam entails… the onset of all languages being broadcasted during a faked alien invasion, etc. And, it probably really is pointing at an important star cluster beyond what it’s supposed to be apparently looking at.

3. Why blue at night? Answer, led lights match the Link Electric Rail-car transit system. I answered that myself only because that’s why the system changed and that the Rondstadt Center which is linked to the electric streetcar system was repainted.”. 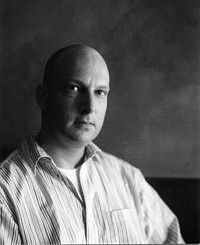 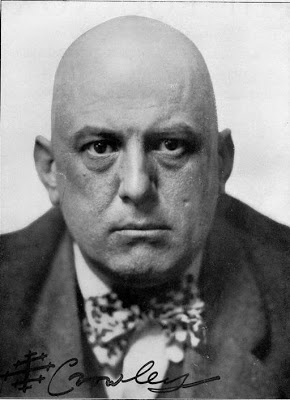 The poet the sculpture was modeled after, Richard Siken who, is from Tucson and writes about many things that would indicate to me that it’s part of the human genetics reproductive agenda and that’s why it’s there near UMC and the UofA.  He is bald.  The “Engineers” (Anunnaki?), and the Thurn from the film John Carter were bald.  In John Carter, there is the reference to Project Bluebeam “The ninth ray isolate”.

Above portrait of Richard Siken, the poet the sculpture was modeled after.  Why is his appearance similar to Aleister Crowley, a (sick) Satanist?

Why select a local writer who not only is unknown, but has the striking similarities of Aleister Crowley?  Hmmm?

(From Open Culture)  Perhaps no one single person has had such widespread influence on the counter cultural turns of the 20th century as Cambridge-educated occultist and inventor of the religion of Thelema, Aleister Crowley.  And according to Crowley, he isn’t finished yet. “1000 years from now,” Crowley once wrote, “the world will be sitting in the sunset of Crowlianity.” The self-aggrandizing Crowley called himself “the Great Beast 666” and many other tongue-in-cheek apocalyptic titles. The British press dubbed him “The Wickedest Man in the World,” also the title of the above documentary, one of a four-part BBC 4 series on famously sinister figures called “Masters of Darkness.” Crowley is perhaps most famous for his dictum “Do what thou wilt,” which, taken out of its context, seems to be a philosophy of absolute, unfettered libertarianism.

It’s no surprise that the particular treatment of Crowley’s life above adopts the tabloid description of the magician. The documentary—with its ominous music and visual effects reminiscent of American Horror Story’s jarring opening credits—takes the sensationalistic tone of true crime TV mixed with the dim lighting and hand-held camerawork of paranormal, post-Blair Witch entertainments. And it may indeed take some liberties with Crowley’s biography. When we’re told by the voice-over that Crowley was a “black magician, drug fiend, sex addict, and traitor to the British people,” we are not disposed to meet a very likable character. Crowley would not wish to be remembered as one anyway. But despite his pronounced disdain for all social conventions, his story is much more complicated and interesting than the cardboard cutout villain this description suggests.  Crawley called himself a poet.  His raunchy, hysterical poetry is frequently amusing. Most people found his overbearing personality unbearable. Crowley traveled the world conducting magical rituals, writing textbooks on magic (or “Magik” in his parlance), founding esoteric orders, and interacting with some of the most significant artists and occult thinkers of his time.

Of course.  Cities are connecting their rail systems to Federal buildings, medical establishments, and suspected FEMA camps.  Tucson, Arizona is a prime example.  The blue head may just be the symbol for final extermination.

Richard Siken, the model for sculpture that has unusual ties to film characters such as the Thurn in John Carter, Gabrielle Gifford’s husband, Mark Kelly, and the list is seemingly endless, is not directly connected to the secret societal agendas.  The relevance is peculiar, however, for the reason why spend all that money on a local writer?  It is said that his features and his bust represents all poets.

Tucson, Arizona, is the city which rolled out a very large program to install a two part ‘script’ as we called it during the Gabrielle Giffords investigation.  On the surface, it was about pinning the shooting suspect, Jared Lee Loughner, with the full responsibility psychotic mental issues and behind that, to do with removing our right to have weapons.  This was done ingeniously to push the Health Care Law and skirt around the inability to make Legislation that completely paralyzes our 2nd Amendment.  Ask anyone and they’re certain to say “he’s crazy”.  I’m not talking about regular folks reading the regular news… I’m talking about many in the truth movement.

One month prior to this catastrophic event that rolled into several other shootings – The Batman Shooter happened next – Gabrielle Giffords helped to spearhead a rail system that links all the now consolidated medical centers.  Almost four years later, a sculpture was placed at the beginning of this rail line.

Tell me what you know Cancel reply